Which instant pot to buy in 2018 is a question on many homemakers’ minds today, and while I am not going to point at anyone’s best pot cooker for your kitchen. I, however, will take a quick look at the DUO electrical pot steam cooker.

A part of living a busy life looking after your family is to be in the kitchen, and cooking can be a tasking job. Therefore, having one piece of kitchen tool which can assist you in preparing a good healthy meal is fantastic. Consequently, it’s irresistible to point out this is where the instant pot slow cooker comes in handy.

The pressure cooker available online and in stores that also doubles up as a slow cooker is the model IP-Duo60. It’s a 7-in-1 pressure cooker, and you can believe me when I say that it is a fantastic product. It has revolutionized the kitchen, and many house-wifes fell in love with this item. 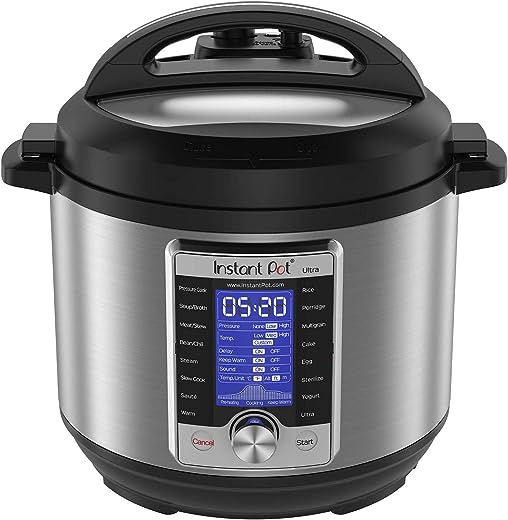 
As far as safety, there are ten built-in safety mechanisms, and when I first got the pressure cooker, I looked inside the instruction booklet, and the first thing they tell you is to make steam. In this way, you could get to understand how to adjust the time. Put some water in 2 minutes; it starts boiling starts steaming. The counter counts down 2 minutes, and then you’ve got steam. Use the release lever back to release that steam, and that is the first thing you will prepare in your pressure cooker. It’s just a drill.

Is it Essential Which Instant Pot to Buy

The Duo model is digital and has an advanced microprocessor built into it which will help with the warming cycle. Also, with your cooking cycles and the delayed cooking for up to 24 hrs.

It knows how to deal with delayed cooking. The cooker is ideal, so if you want to set your food to begin cooking slowly at a particular time before you get home, the Duo electric pressure cooker is perfect.

Because of the built-in presets, it’s easy to cook soup, meat, stew, or even bean and chili. If you want to steam vegetables, there is a steam option. It is also possible to cook porridge, multigrain, or rice. The cooker will do that as well.

Another cool thing about the Duo pressure cooker is when the lid is taken off and put back on; an indicating tone lets you know that the cover is off. If the cap is not 100% on, you will get the word “LID,” letting you know that the top needs to be adjusted.

Take a look at the top Duo 7-in-1 Multi-Use Programmable Pressure Cooker.

Slow cookers are also known as Crock Pots and are an indispensable addition to kitchen tools; also, you can make anything from fresh veggies to poultry beans and even stew meats. You should put them wholly raw and adjust the temperature to wait and watch the food being cooked by itself, giving you more time to relax or do other activities. There is also more time playing with the kids running around the house while the meal is cooking.

Most of us love to consume slow cooked dishes as the food tends to be soft, nutritious, and tasty. You can adjust different temperature levels depending on the menu that goes in. The cooker can also be returned to lower temperature levels once cooked to keep the food warm for long. Another important factor is the instant cooker. It retains the texture and flavor of your meal from within. Therefore, anyone can try their hands on slow cookers, and it doesn’t matter, even if you are an expert or a newbie to the world of cooking.

An electric pressure cooker is one of the products of technology specially designed to make our lives a lot easier and more convenient for preparing food. This device is made up of aluminum or stainless steel, and it’s more technologically advanced than traditional cooking devices such as pots, frying pans, and kettles mainly because of two reasons. The first is that it utilizes electricity to function. The second is that it incorporates the principle or concept of pressure to serve its primary use of cooking and heating food.

Discover What Makes The Difference Which Instant Pot To Buy

Unlike most traditional cooking methods, since it utilizes electricity to work, it does not require any other heat source like cooking stoves or electric ranges. It can be used anytime and anywhere at your convenience as long as electricity is available. You can conveniently add many kinds to the electric cooker, and after a short amount of time, the meal is all ready for serving.

The electric pressure cooker is specially engineered to use growing pressure in cooking food. Therefore, this is how it works. When the heat begins to be distributed evenly, the internal temperature rises. The increased temperature, in turn, causes a rise in the internal pressure, but since the structure of the device does not allow either air or liquid to escape, the pressure builds up all the more, and this is where pressure cooking comes into play. Force is directly proportional to water’s boiling point; as pressure increases inside the device, it takes less time to reach a very high temperature even before it boils.

With this, you can achieve cooking time about two to three times faster than conventional cooking methods. For example, it is possible to cook beans for 10 minutes compared to 45 minutes in an ordinary pan. It requires less water; the minimum amount as stated in the recipe is all that’s needed. It saves up to 70% less energy, thus conserving these valuable resources.

More importantly, it kills more microorganisms found in the food prepared with the cooker the cooking temperature goes beyond the standard boiling point of water. In connection with this, the pressure cooker can be used as an effective sterilizer for baby bottles and eating utensils. And since less amount of water is needed to cook, there’s less incidence that the nutrients are dissolved or leached from the food, thereby promoting consumption of highly nutritious food. With the above said, my recommendation is that a good look at the Duo model series.

Present-day electric pressure cookers are already available with added useful features, such as those multifunctional automatic pressure cookers. For example, some products have one-key operation buttons for the most common cooking tasks, including preparing soup, rice, meat, beans, and the like.

These electric pressure also have automatic programming, which ensures that using them will be more convenient because there won’t be a need to watch over them. Why? Because there will be no steam or unwanted sounds from it; and safer to cook free Articles because it has protective accessories like the leak and excess pressure protection.

These include an electric heat source that is automatically regulated to maintain the operating pressure. And also added is a spring-loaded valve (as described above). When releasing vapor through the valve, it should be cautioned, especially while cooking foamy foods and liquids (lentils, beans, grains, milk, gravy, etc.) You cannot open this pressure cooker with a cold water quick-release method.

If you are still wondering which instant pot to buy, watch the video and see why you can buy an electric pressure cooker and feel good using one.

What are other users saying about which instant pot to buy?

Honest observations which instant pot to buy in 2018 will serve your needs in years to come? 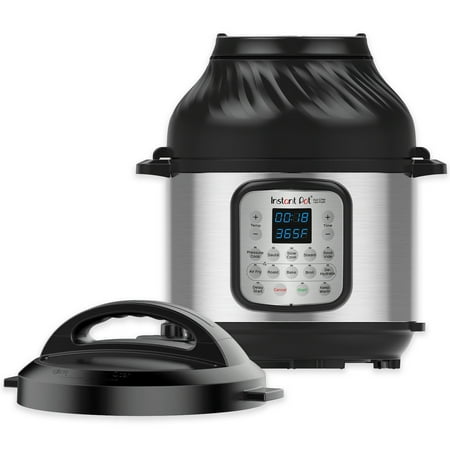 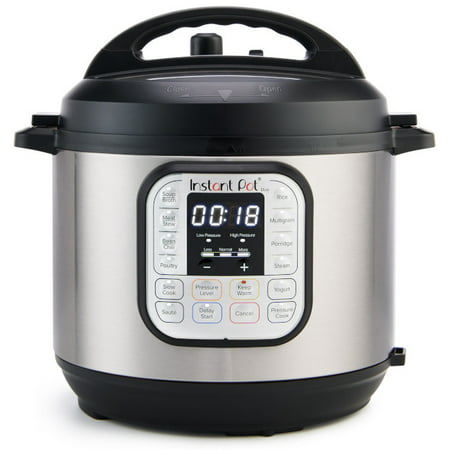 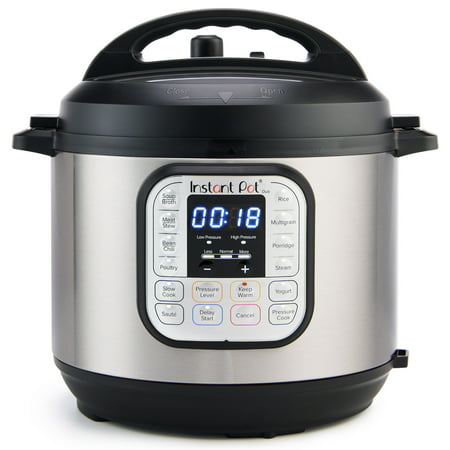 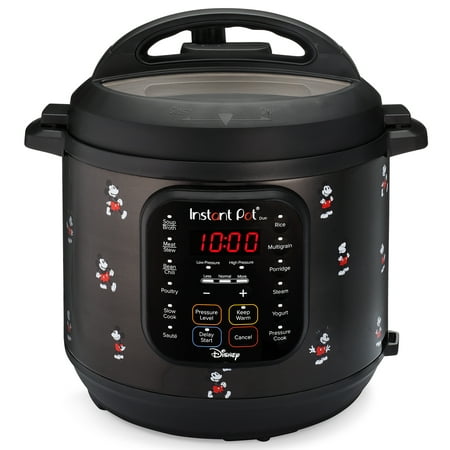 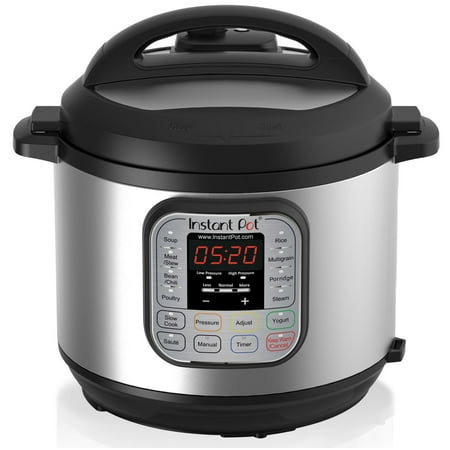 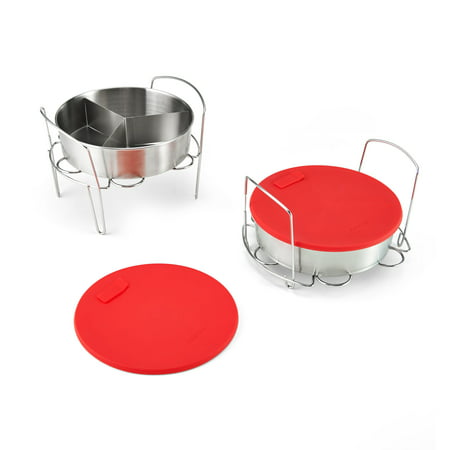 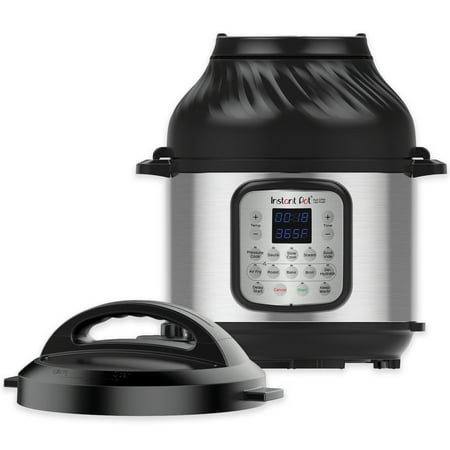